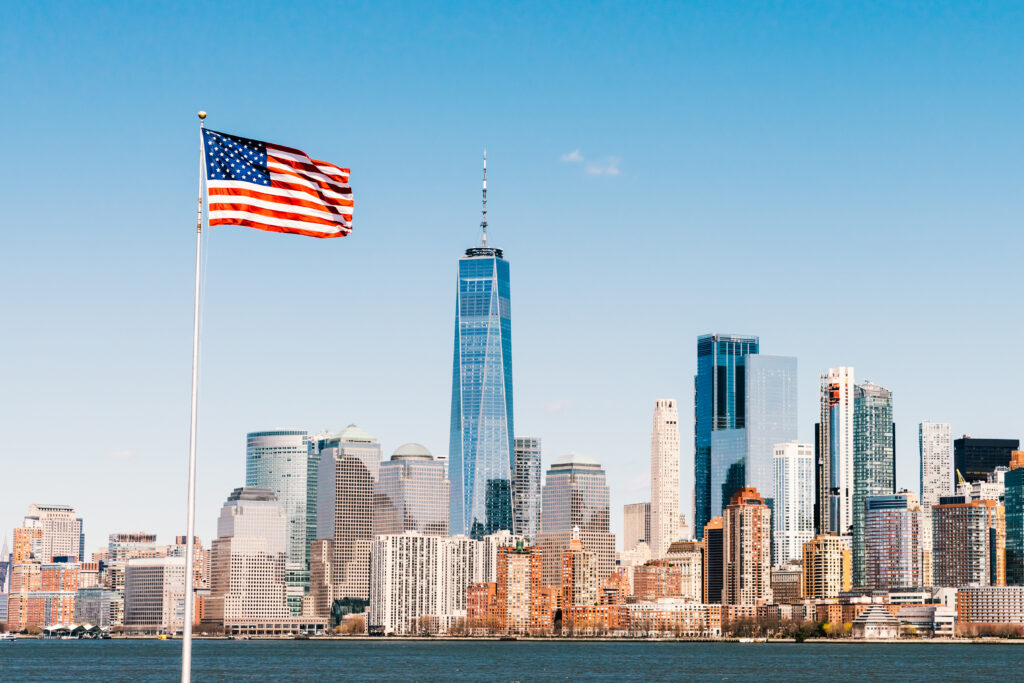 Commercial Pilots tired of being underpaid in Latin America may have a relatively easy solution for moving to the United States without a job offer. 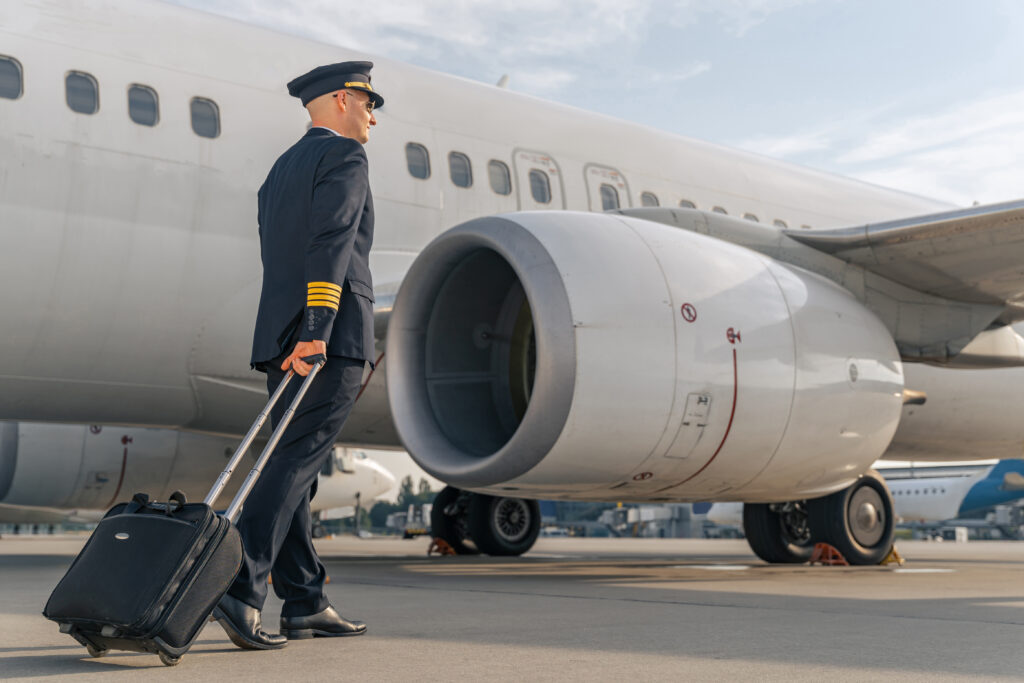 It is no secret that the United States is currently experiencing a crisis in commercial aviation. Indeed, Peter Greenberg in a recent CBS News article entitled, “Why is there a pilot shortage? It wasn’t just the COVID-19 Pandemic., points out that “one government estimate projects a shortfall of 18,000-plus pilots each year for the next decade.” Now, when you consider that numerical shortfall in the context of the fact that United State’s Federal Aviation Administration’s “Air Traffic Organization (ATO) provides service to more than 45,000 flights and 2.9 million airline passengers” every day, it becomes apparent that we have a disaster on our hands.

The good news with the United States’ commercial aviation crisis however, is that there is an incredible opportunity for experienced and qualified foreign pilots to immigrate to the United States without a job offer. As an experienced U.S. Immigration Attorney who has prepared these cases, I am here to discuss this opportunity.

The common and specific immigration petition making it possible for an experienced foreign pilot to move to the United States as a Permanent Resident (a Green Card) without a job offer, is the EB-2 Immigrant Visa with corresponding “National Interest Waiver” (“NIW”). To be eligible for an EB-2 Immigrant Visa with an NIW as a pilot, the applicant must normally be characterized as a pilot of “exceptional ability” pursuant to section 203(2)(A) of the U.S.’ Immigration and Nationality Act. 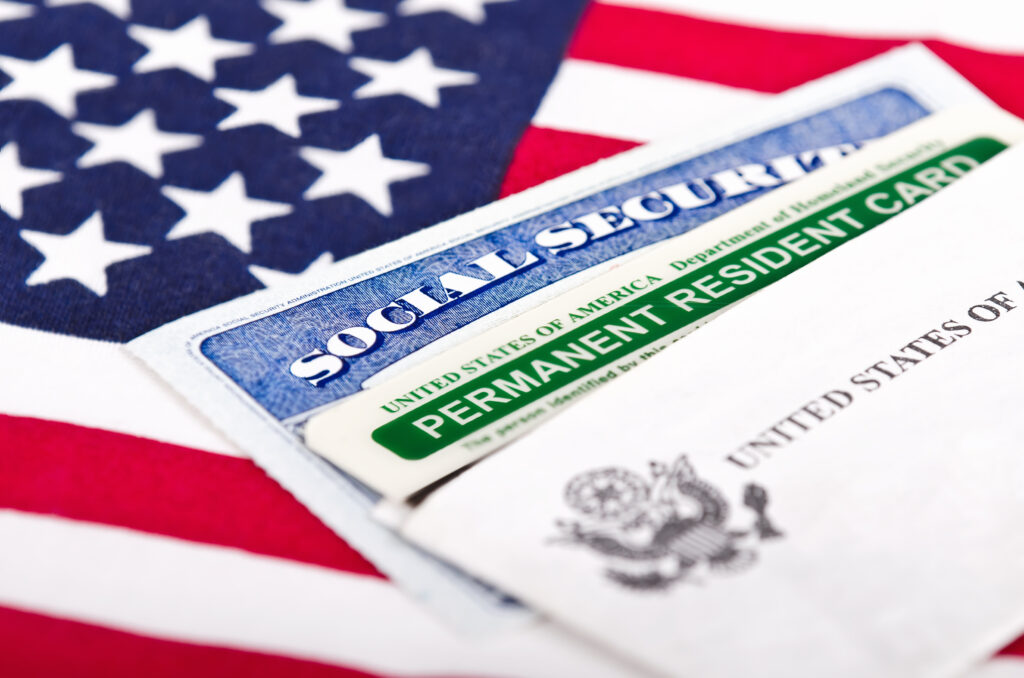 How does a pilot qualify as having “exceptional ability?”

In short, a pilot has to qualify in the same way as a foreign national in other fields of work pursuing an EB-2 Green Card as an individual of “exceptional ability.” More specifically, the foreign pilot has to qualify by by providing evidence that demonstrates they meet at least three of the following regulatory requirements (herein adapted for pilots), pursuant to 8 CFR 204.5(k)(3)(ii):

Examining this list, it is easy to see how an experienced pilot would easily meet three of these regulatory requirements for an EB2 Green Card as a pilot of “exceptional ability.”  Indeed, if a Pilot has ten years of full time experience flying for a major commercial airline, this can be confirmed with a simple letter or letter(s) from airline Human Resources department(s). Likewise, most pilots will have access to an official academic record demonstrating that they graduated from a flight school, and many pilots are likely already members of professional associations related to aviation. Finally, most pilots will have a commercial pilot’s license in their country of residence, as a requirement for flying in that country. As a practical matter, it may be slightly more difficult to qualify for an EB-2 without a valid license from the U.S.’ Federal Aviation Administration, but a good attorney can make the argument that an experienced pilot is well positioned for success in easily obtaining that license upon visa issuance; this is especially the case if the pilot has good english skills.

For the high salary factor, perhaps you’re thinking that you don’t make much money as a Pilot when your salary is put into U.S. dollars. The good news here for the Argentine, Chilean, or Uruguayan pilot (just to name a few nationalities), is that the pilot’ salary will be evaluated in relation to the salaries of other pilots working in the foreign pilot’s country of residence. As such, if you make significantly more than the average pilot in your country, just because you’ve been a pilot for 15 years (for example), this means that you can likely satisfy that factor.

Think you meet at least 3 of the above regulatory factors? That’s great, but to obtain an EB-2 Immigrant Visa without a job offer, you will also have to demonstrate that it is in the interests of the United States to waive the normal job offer (and labor certification) requirements. This will require the pilot to demonstrate eligibility for something called a “National Interest Waiver.” 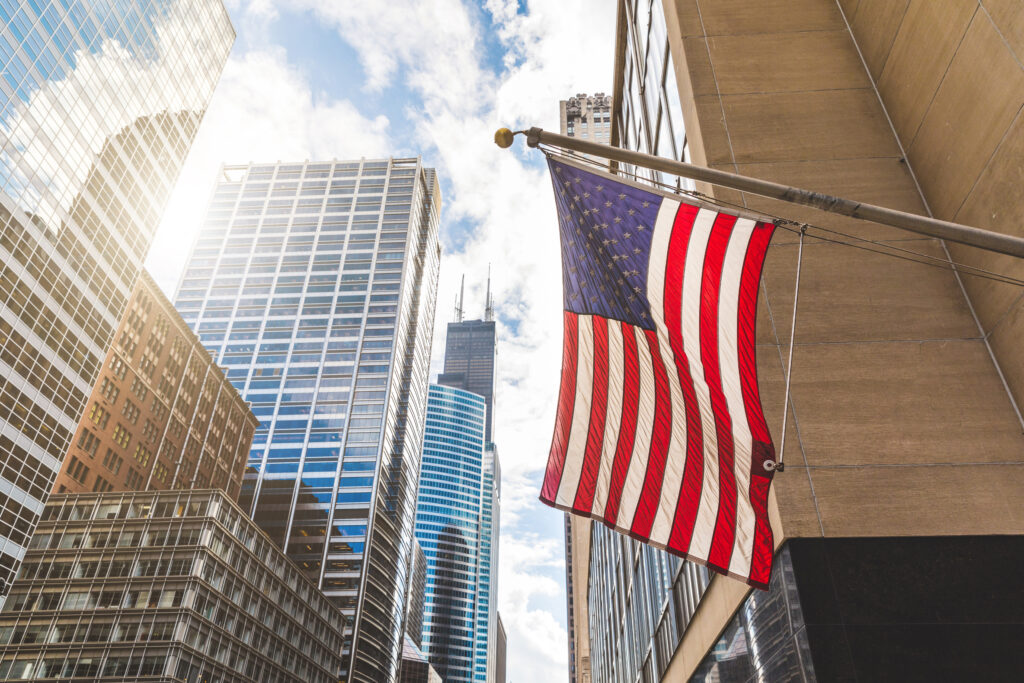 How to qualify for a National Interest Waiver of the normal job offer requirement?

The Board of Immigration Appeals in a case known as In re Dhanasar, 26 I&N Dec. 884, 889 (B.I.A. 2016), determined that to qualify for a “National Interest Waiver” of the normal job offer and labor certification requirements for an EB2 visa, the applicant must show:

(1) their proposed endeavor “has both substantial merit and national importance;”

(2) that they are “well positioned to advance the proposed endeavor;” and,

(3) “on balance, it would be beneficial to the United States to waive the requirements of a job offer and thus of a labor certification.”

Examining these three requirements in the context of a commercial pilot, many immigration attorneys have correctly pointed out in their own blog articles that getting a National Interest Waiver as a pilot is not the most straightforward, or easiest task.

In addition to other obstacles, this is largely because of the specific language of the requirement that the Pilot’s proposed endeavor be of “national importance.” The Board of Immigration Appeals (BIA) decision In re Dhanasar makes it clear that when considering whether an endeavor has “national importance,” the authorities are really evaluating the “potential prospective impact” of the proposed endeavor, and they are also looking “for broader implications.” Although it’s true that they are looking “for broader implications,” you also clearly do not need to develop new flight techniques that would be favorable to the U.S. military to be in the “national interest.”  Indeed, and seemingly favorable for the commercial pilot’s satisfaction of the “national importance” criteria, the BIA provides that: “An endeavor that has significant potential to employ U.S. workers or has other substantial positive economic effects, particularly in an economically depressed area, for instance, may well be understood to have national importance.”

How to qualify for a National Interest Waiver of the normal job offer requirement?

It seems correct  that a pilot who has plans to do something beyond simply piloting a commercial aircraft; such as opening a flight instruction school or even just planning to instruct other pilots once in the U.S., would have a better chance of meeting the “national in scope” NIW criteria.  That being said, and considering the last non-inclusive example provided by the BIA; the one highlighted in the paragraph immediately above, I would make the argument that even one individual pilot whose endeavor is simply to be a commercial pilot in the United States, is of “national importance” by itself.

Let’s take a moment to consider In Re Dhanasar’s further clarification to the term “national importance.” Considering that “[a]n endeavor that has significant potential to employ U.S. workers or has other substantial positive economic effects, particularly in an economically depressed area, for instance, may well be understood to have national importance,” it is relatively easy to wrap your head around the fact that just one future pilot for a major passenger American airline, could indeed be of “national importance” pursuant to the criteria in  In re Dhanasar.

Please consider that just one airline pilot for a major American airline flies hundreds of Americans around the United States each day of flying, facilitating important business meetings and commerce (such as tourism) in the United States. That same pilot flies thousands of Americans around doing the same, in any given week. Now, think about an individual month. How about a year? Thousands and thousands and thousands of Americans spend money and contribute positively to the United States economy in any one year, thanks to any one individual passenger airline pilot. We’re not even talking about a “potential prospective impact” anymore, we are talking about an actual, concrete, and definable impact directly to the United States economy, that each individual airline pilot is responsible for facilitating. This is true owing to the extremely unique circumstances of a commercial airline pilot’s profession, and the fact that they alone, or someone uniquely and highly qualified like them, are the only people who can fly a passenger jet.

I have real and credible data to back up this assertion, and I have specifically cited it and used it to support the cases that I have prepared for my Commercial Pilot clients. I will not cite to my data here, or share my math/assertions as I do not want my work unfairly taken, but I have determined that each individual pilot is directly and individually responsible for facilitating millions and millions of dollars of consumer spending in the United States. Indeed, the numerical dollar amounts of estimated contributions is astounding over the course of a pilot’s 10-20 years of flying in the United States (thinking of foreign pilots who are likely to be a bit older).

Finally, although this article has been focused on qualifying foreign Commercial Passenger Airline pilots for the EB-2 “NIW” Visas or Green Cards, there are arguments to be made that pilots flying in Private or Corporate Aviation, and/or Cargo Pilots, may also be in the U.S. “National Interest.” These arguments are admittedly a little weaker (and harder for the attorney to make) than the Commercial Passenger Airline pilot, but the fact that “one government estimate projects a shortfall of 18,000-plus pilots each year for the next decade” is extremely alarming. The reality is that America needs every single qualified foreign pilot we can get, whether a future commercial pilot for the major airlines, a pilot in private aviation, or a future cargo pilot. We needed them yesterday, and we will likely need them for the next ten years, at least.

In conclusion, I believe that the EB-2 Immigrant Visa with corresponding “National Interest Waiver” (“NIW”) is a viable option for many qualified foreign pilots to move to the United States without a job offer. There is also no doubt that these are extremely complex cases that need to be carefully handled by a competent and experienced Immigration Attorney. I am available for further consultation on these cases and look forward to hearing from you. 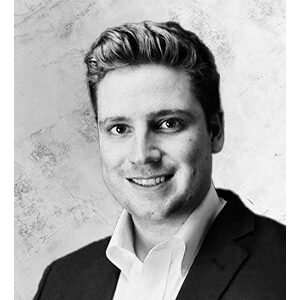 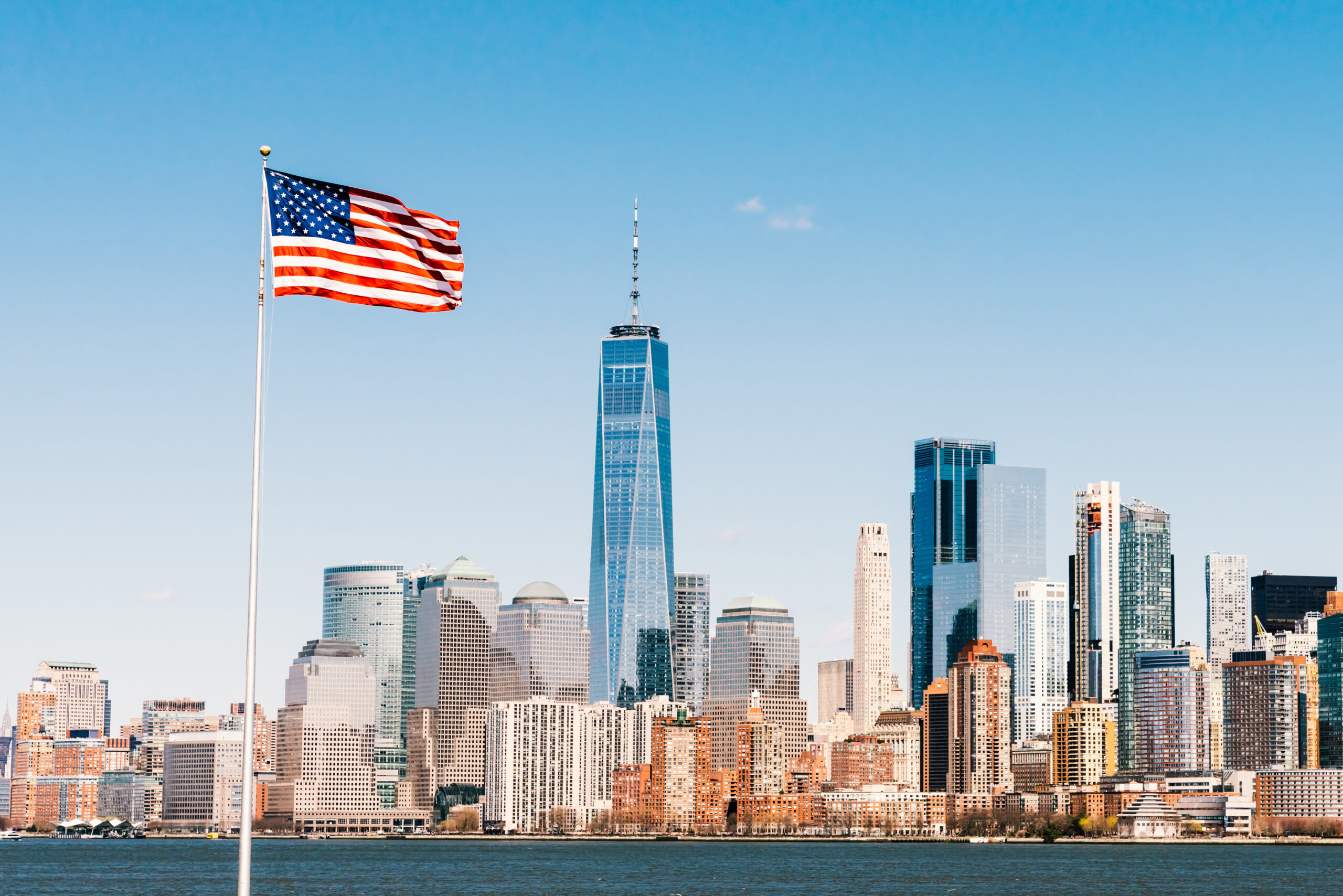 Commercial Pilots tired of being underpaid in Latin America may have a relatively easy solution for moving to the United States without a job offer.

Are you an American company or a multinational looking to hire foreign workers for fiscal year 2024 (starting October of 2023)? Are you a foreign 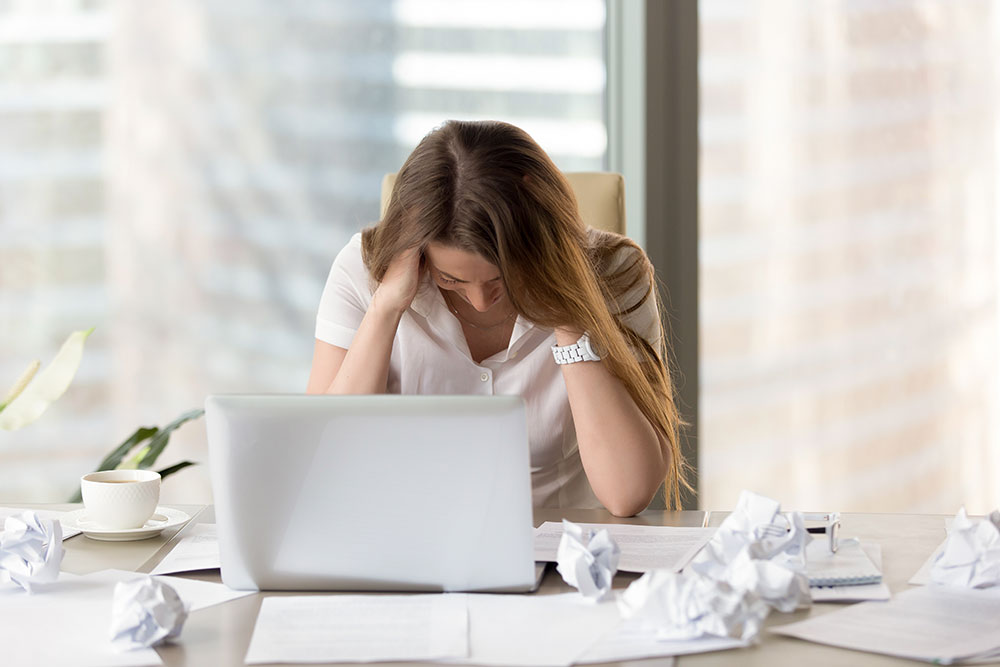